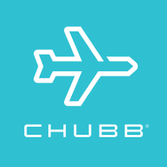 There are many factors that go into travel insurance. Age, family, domestic or international travel, length of trip, business or pleasure, even insuring  your belongings or gifts while you travel. Unfortunately, the unexpected can happen when traveling.  You already have enough on your plate; you shouldn't have to worry about one more thing like lost or destroyed luggage with holiday gifts in it, or worse an accident with a loved one or yourself while traveling.  Take the time to add value to your holiday travels and let us help you decide which Chubb plan is best for you.  ​

Trip cancellation
​Reimburses forfeited pre-paid trip costs up to the maximum limit shown in the schedule of benefits for trips that are cancelled due to a covered unforeseen event prior to the scheduled departure date.
Trip interruption
​​Reimburses the unused portion of non-refundable pre-paid trip costs and any additional covered transportation expenses incurred up to the maximum limit shown in the schedule of benefits.
trip interruption return air only
Reimburses for the additional transportation expenses incurred to reach the return destination for trip interruptions.
Trip delay
​Reimburses for reasonable additional expenses incurred until travel becomes possible to the originally scheduled destination, if your trip is delayed 5 or more consecutive hours because of a covered unforeseen event.
missed connection
Reimburses for unused, pre-paid, non-refundable trip payments or additional transportation expenses incurred if you miss a trip departure because of a cancellation or delay of 3 or more hours due to inclement weather or a common carrier caused delay. ​
baggage & personal effects
​Reimburses for loss, theft, or damage to your baggage, personal effects, passports, travel documents, credit cards, and visas during a trip.
baggage delay
​Reimburses for the purchase of necessary personal effects if your baggage is delayed or misdirected by the common carrier for more than 12 hours while on a trip.
accident & sickness medical expense
​Pays a benefit for reasonable and customary charges if you suffer an injury or sickness requiring you to be treated by a physician while on a trip and will reimburse for medically necessary covered expenses incurred to treat an injury or sickness within 365 days of the date of the injury or sickness. The injury or sickness must first begin while on an overnight trip with a destination of at least 100 miles from your primary residence.
emergency EVACUATION & repatriation of remains
​Covers the evacuation and transportation to the nearest adequate licensed medical facility, if ordered by the onsite physician. In the case of death, covers expenses for returning home. Trip must be overnight and destination must be at least 100 miles from your primary residence.
accendental death & dismemberment
​Pays if, within 365 days of an accident, loss of life, limb or eye sight occurs.

Additional Benefits - If purchased within 15 days of trip purchase*

pre-existing medical condition exclusion waiver
​Removes the policy exclusion on pre-existing medical conditions. You must be medically able to travel when this insurance is purchased. This coverage applies only if you have insured the full cost of all prepaid, non-refundable costs associated with your Trip.
trip cancellation/interruption due to financial default
​Covers trip cancellation/interruption due to the financial default of an airline, cruise line, or tour operator.
flight accident
​Provides accidental death & dismemberment coverage while traveling on a regularly scheduled airline or charter to a higher maximum.
accident & Sickness
​Coverage becomes Primary.
missed connection
​Adds an additional amount to the benefit maximum.

Cancel for any reason
​Reimburses the designated percentage of the prepaid, forfeited, non-refundable payments or deposits for trip arrangements if you cancel your trip for any reason.  You must cancel your trip at least 48 hours prior to your departure date.  This optional benefit must be purchased with the base plan or within 15 days of your trip purchase. This coverage applies only if you have insured the full cost of all prepaid, non-refundable cost associated with your Trip.
medical coverage upgrade
​Upgrades your Accident and Sickness Medical Expense maximum limit, upgrades your Emergency Evacuation maximum limit and includes evacuation to your hospital of choice.
flight accident
​Provides accidental death & dismemberment coverage, to a maximum of your choosing between $100,000 and $500,000, while traveling on a regularly scheduled airline or charter.
Car Rental Collision Coverage
​If your rental vehicle is damaged on a trip, a maximum of $35,000 ($250 deductible) will be paid towards the repair or reimbursement of the vehicle.

Exclusions
This plan does not cover any loss caused by or resulting from intentionally self-inflicted Injury, suicide, or attempted suicide of the Insured, Family Member, Traveling Companion or Business Partner while sane or insane; Normal Pregnancy or Childbirth, other than Unforeseen Complications of Pregnancy, or elective abortion of the Insured, a Traveling Companion or a Family Member; participation in professional athletic events, motor sport, or motor racing, including training or practice for the same; mountaineering where ropes or guides are normally used. The ascent or descent of a mountain requiring the use of specialized equipment, including but not limited to pick-axes, anchors, bolts, crampons, carabineers, and lead or top-rope anchoring equipment; war or act of war, whether declared or not, participation in a civil disorder, riot, or insurrection; operating or learning to operate any aircraft, as student, pilot, or crew; air travel on any air-supported device, other than a regularly scheduled airline or air charter company; commission of or attempt to commit a felony by the Insured; Mental, Nervous or Psychological Disorder; if the Insured’s tickets do not contain specific travel dates (open tickets); being under the influence of drugs or narcotics, unless administered upon the advice of a Physician or intoxication above the legal limit; any Loss that occurs at a time when this coverage is not in effect; traveling for the purpose of securing medical treatment; any Trip taken outside the advice of a Physician;
PRE-EXISTING MEDICAL CONDITION EXCLUSION: The Company will not pay for any loss or expense incurred as the result of an Injury, Sickness or other condition (excluding any condition from which death ensues) of an Insured, Traveling Companion, Business Partner or Family Member which, within the 90 day period immediately preceding and including the Insured’s coverage effective date: (a) first manifested itself, worsened, became acute or had symptoms which would have prompted a reasonable person to seek diagnosis, care or treatment; (b) for which care or treatment was given or recommended by a Physician; (c) required taking prescription drugs or medicines, unless the condition for which the drugs or medicines are taken remains controlled without any change in the required prescription drugs or medicines.

The following exclusions also apply to Trip Cancellation and Trip Interruption:Unless otherwise provided by this plan Benefits will not be provided for any loss resulting (in whole or in part) from:
travel arrangements canceled by an airline, Cruise line, or tour operator, except as provided elsewhere in the plan; changes in plans by the Insured, a Family Member, or Traveling Companion, for any reason; unless Cancel for Any Reason was purchased; financial circumstances of the Insured, a Family Member, or a Traveling Companion; any government regulation or prohibition; an event which occurs prior to the Insured’s coverage Effective Date; failure of any tour operator, Common Carrier, person or agency to provide the bargained-for travel arrangements or to refund money due the Insured.

The following exclusions apply to Baggage & Personal Effects and Baggage Delay:Benefits will not be provided for any Loss, or damage to, caused by, or resulting in whole or in part from:
animals, rodents, insects or vermin; bicycles (except when checked with a Common Carrier); motor vehicles, aircraft, boats, boat motors, ATV’s and other conveyances; artificial prosthetic devices, false teeth, any type of eyeglasses, sunglasses, contact lenses, or hearing aids; keys, notes, securities, accounts, currency, deeds, food stamps, bills, or other evidences of debt, or tickets; money, stamps, stocks and bonds, postal or money orders; property shipped as freight, or shipped prior to the Departure Date; contraband, illegal transportation or trade; items seized by any government, government official or customs official; defective materials or craftsmanship;  normal wear and tear; deterioration.

The following limitations and exclusions apply to Car Rental Collision Coverage:Coverage is not provided in whole or in part for any loss to, or due to:
the Insured or his/her Traveling Companion violating the rental agreement; rentals of trucks, (not including jeeps or SUV’s) campers, trailers, off road vehicles, or Exotic Vehicles; any obligation the Insured or his or her Traveling Companion assumes under any agreement except insurance collision Deductible; failure to report the Loss to the proper local authorities and the rental car company; damage to any other vehicle, structure, or person as a result of a covered Loss; participation in contests of speed, motor sport or motor racing including training or practice for the same; driving under the influence of alcohol; being under the influence of drugs or intoxicants, unless prescribed by a Physician; war or act of war, whether declared or not, the Insured’s participation in a civil disorder, riot or insurrection.

The following exclusions also apply to the Accident Sickness Medical Expense Benefit:Unless otherwise provided by this plan Benefits will not be provided for the following:
routine physical examinations;  mental health care; replacement of hearing aids, eye glasses, contact lenses, and sunglasses; routine dental care; any service provided by the Insured, a Family Member, or Traveling Companion; alcohol or substance abuse or treatment for the same;  Experimental or Investigative treatment or procedures; care or treatment which is not Medically Necessary, except for related reconstructive surgery resulting from trauma, infection or disease; coverage for Trips less than 100 miles from the Insured’s Primary Residence.

The following exclusions also apply to Accidental Death and Dismemberment and Flight Accident:Benefits will not be provided for the following:
loss caused by or resulting directly or indirectly from Sickness or disease of any kind; stroke or cerebrovascular accident or event; cardiovascular accident or event; myocardial infarction or heart attack; coronary thrombosis; aneurysm.
Info@GoTravelPros.com
(757) 425-3737
CST - 2143925-70
Your Travel Professionals, LTD
All Rights Reserved, 2020            ​